Book Review and a Confession: The Sage brings it Full Circle, “God Help the Child” by Toni Morrison

Thirty-five years ago sitting in a small classroom at a Big Ten university I was given a syllabus by my instructor. Little did I know that an assigned book entitled “The Bluest Eye” by author #ToniMorrison would speak to my silenced soul. The main character Pecola believed that whiteness was beautiful and her dark skin was ugly. She also believed that if she had blue eyes her life would be somehow different and those that were charged to protect her would finally love her. Skin color was not my issue but I had the same belief as Pecola. If I were smaller those that were given to be stewards over my life would love me too. I read this book in one night. I cried as I read Pecola’s emotional and behavioral struggle. But in hindsight I believe I was crying with Pecola, acknowledging and sharing her angst, and learned self-hatred. It was the first time I’d ever read a book that unlocked a part of my wounded soul that I kept locked with a deadbolt. Fast forward. Thirty-five years. It’s July 8, 2015.

I’m sitting at the MARTA Kensington train station reading “God Help the Child.” The main character is Lula Ann but as an adult she calls herself ‘Bride.’ Uncanny that as I’m reading she reminds me of Pecola in skin color but darker, “blue-black” as her mother Sweetness spoke of her child. I don’t want to give away the story but I will say this, if you’ve ever been emotionally abused, verbally and physically and you’re still battling the trauma of those events, this book is for you. It’s about what and how you deal with the trauma in the aftermath of having survived the hell you’ve gone through. All the while I was reading I thought it was about Bride and it is but Booker her lover and his aunt Olive were the ones who as they say in church ‘gave me a word’ that wrecked my existence.

Bride is searching for Booker who left her without a full explanation. He just plainly told her, “You’re not the one.” Her anger not being satisfied with his statement and an unpaid pawn shop bill that was addressed to her residence sends her on a road trip in search of this man. The road trip is a metaphor for Bride to contemplate her past relationship with her mother, her teaching life lessons to Bride, the neglect of not being touched, the denial of seeing others sexually abused, and the lies to gain her mother’s attention and longing for her touch. This truly is more than a road trip. A brilliant and creative addition that Ms. Morrison includes is, as Bride is reminiscing on her past, her physical body is reverting back to that little blue-black girl with virgin earlobes and childlike breast. Her wounded emotions and past scenes of her life through the people that she meets along the way to find Booker force her to reevaluate her present life, behavior, and beliefs.

There are other supporting characters such as Brooklyn, her Caucasian best friend that is extremely Envious of Bride. She hides it well, but as you read you will see it rear its head out of hiding in pretending to ‘be on her side.’ Sofia, a teacher who was identified as being a child molester when Lula Ann was a student has been released. Bride desires to meet her to welcome her back in society. Not a good idea. Sweetness, Bride’s mother knows deep down she thoroughly messed up in raising her. She thinks she was preparing her for the world because of her color but the only thing she did was push Bride away. And in the end Bride pushed her away into a place where she is safe from her mother’s words and her presence.  Sweetness is given the basic respect of a child. Bride sends her letters to inform her of her life and sometimes inclusive of money to make sure she is well-taken cared of but never her presence. That loving touch she denied her child is now being denied to her in her mature years.

When Bride finally finds Booker their meeting is loud, volatile and even though I don’t like physicality in that manner, this was very much needed. The reservoir of left behind energy explodes from emotions that have been bottled up far too long. It does settle down with Bride spent from exerting all that energy and falling asleep. But it’s the dialogue between he and his Aunt Olive, as Bride sweetly sleeps, from pages one fifty-six through one fifty-nine that kept me reading them over and over on the train until I reached Five Points and boarded my next train to get to work. My train ride and reading that dialogue, as Bride’s road trip, ignited me to go back to see what I left from my past that I needed now. But it also told me in no uncertain terms how I sabotaged what Life was bringing me to change my situation. Sometimes you really have to question why is it when Life comes to transform your belief system, change your lifestyle, or give you your heart’s desire you push it away? Do you think you are being noble to not let go of an ignorant word spoken from another wounded vessel? Do you feel like if you let go of a deceased person you loved and they loved you in return is betraying that person? Can you be loved? Do you deserve to be loved? Do you manage the dead or do they manage you?

Those four pages urged me to clean out all my bins of books, clothes and other material wares and donate them to one of my charities. Cleaning out my bins I came across thoughts in journals, words of enlightenment, poems, undergraduate thesis, Black history papers and bio’s, spiritual writings on growth and insight to the soul, and international travel brochures. I picked back up from those bins what I forgot. And that night I dreamt of my deceased mother who I spoke to on the phone but I could see her and she gave me a message of hope.

Ms. Morrison opened again a part of my soul that other people had been telling me in so many words but just like in “The Bluest Eye” Ms. Morrison has a way with words that make you see clearly. Or, maybe I was ready to not just hear these words but destroy a belief system that was managing me. The Divine knew that Ms. Morrison could get His point across to me and I wouldn’t miss it.

This book is ten stars and then some. Ms. Morrison’s excellent novel’s message came full circle in my soul. I’ve never been more at peace than I am now. The alignment was perfect. From reading the excerpt in Essence magazine in my birthday month of May, to receiving it as a birthday gift by my sister friend, who came as a surprise for my birthday gathering from Maryland, this was divinely orchestrated. Thank you Ms. Morrison for not just hearing my soul cry but countless others whose spirit wooed you to write this divine work.

I said it in the beginning and I will say it as I end. If you have been emotionally abused, verbally and physically, this book is for you. Now don’t jump ahead to those pages I mentioned that’s cheating…lol! Read these character’s lives and hear their voice. You might just hear yours intertwined with theirs. 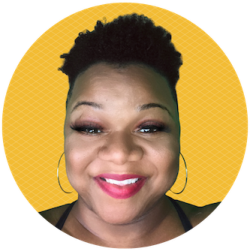 Latest posts by iamshe (see all)